The first in the line of Generator’s European locations, the fifteen year old Generator London was ready for a facelift. Located in a former police station in Russell Square, the collaborative design between DesignAgency, local architects ORBIT and Shoreditch art collective Acrylicize adds a layer of British culture to a series of playful common areas.

Comprised of a labyrinth of rooms, the hostel’s social areas are a series of concept spaces each with a distinct character and feel. An all-day café featuring a raised tartan covered cove connects to the bar via five breakfast dining “pods”. A canary yellow chill-out lounge rounds out the hostel’s social spaces, offering custom games tables and tiered seating for film screenings. Guests are compelled to wander the rooms as if they are exploring the city itself, leading to spontaneous meetings and experiences. 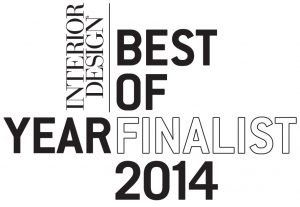 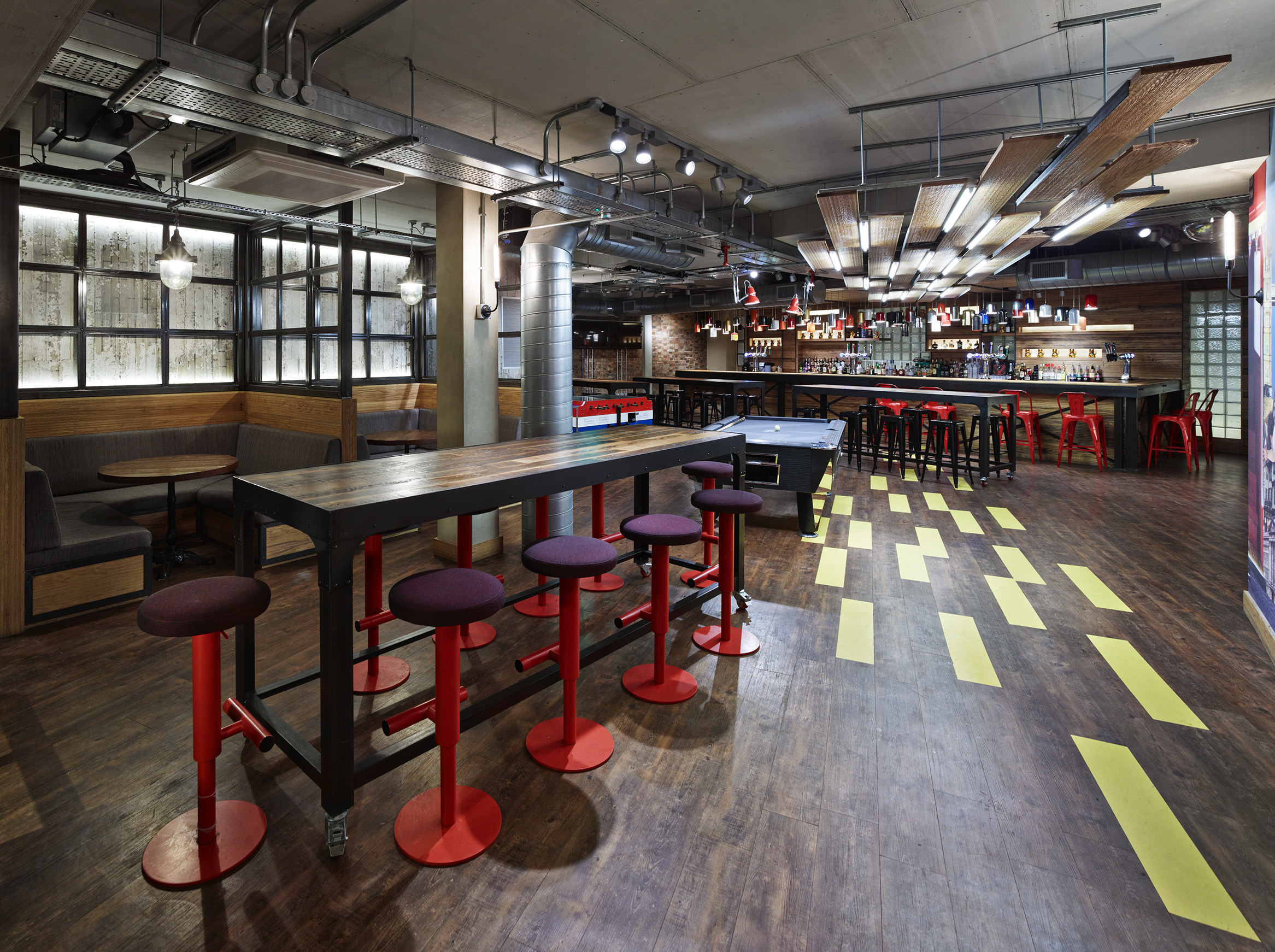 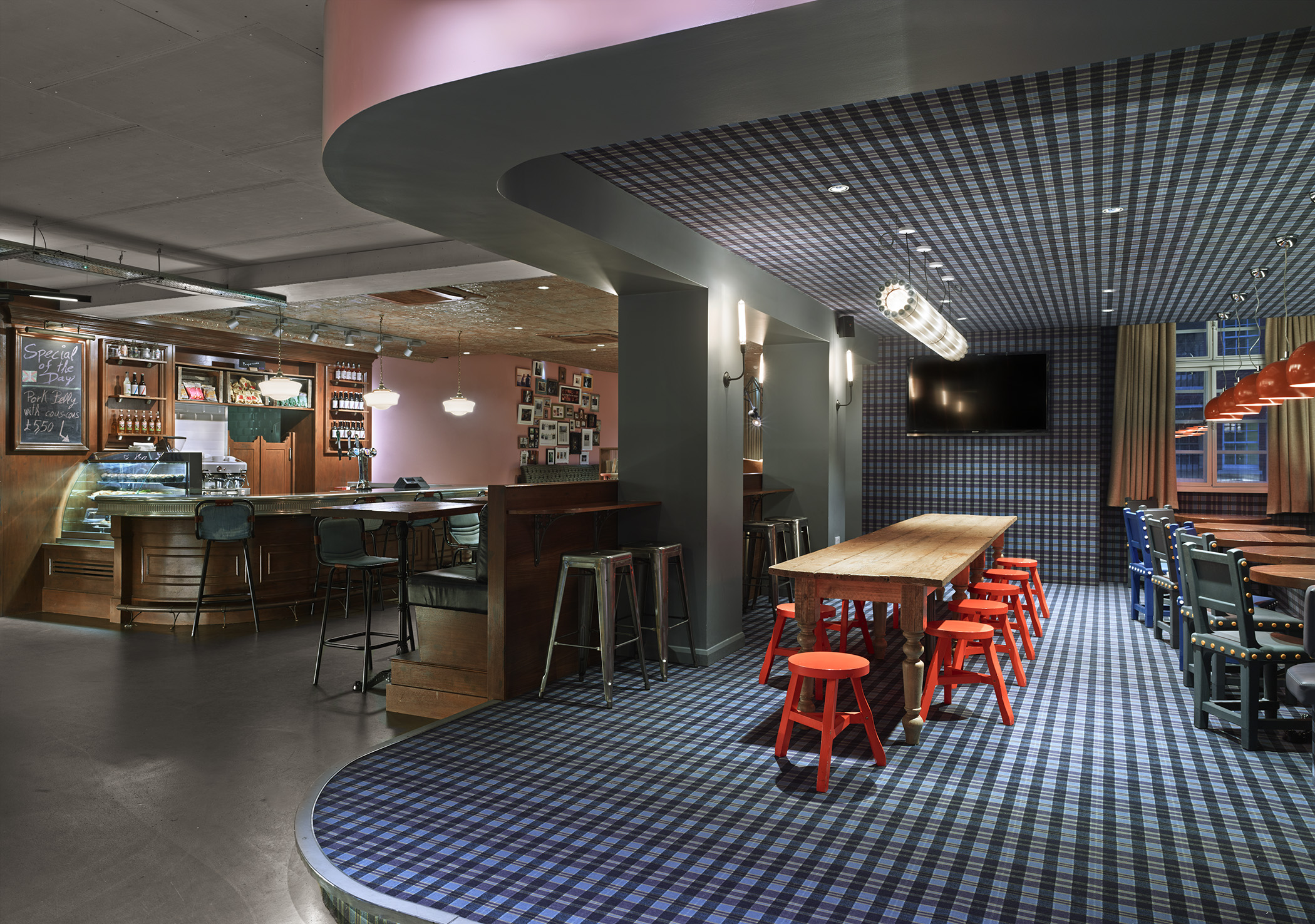 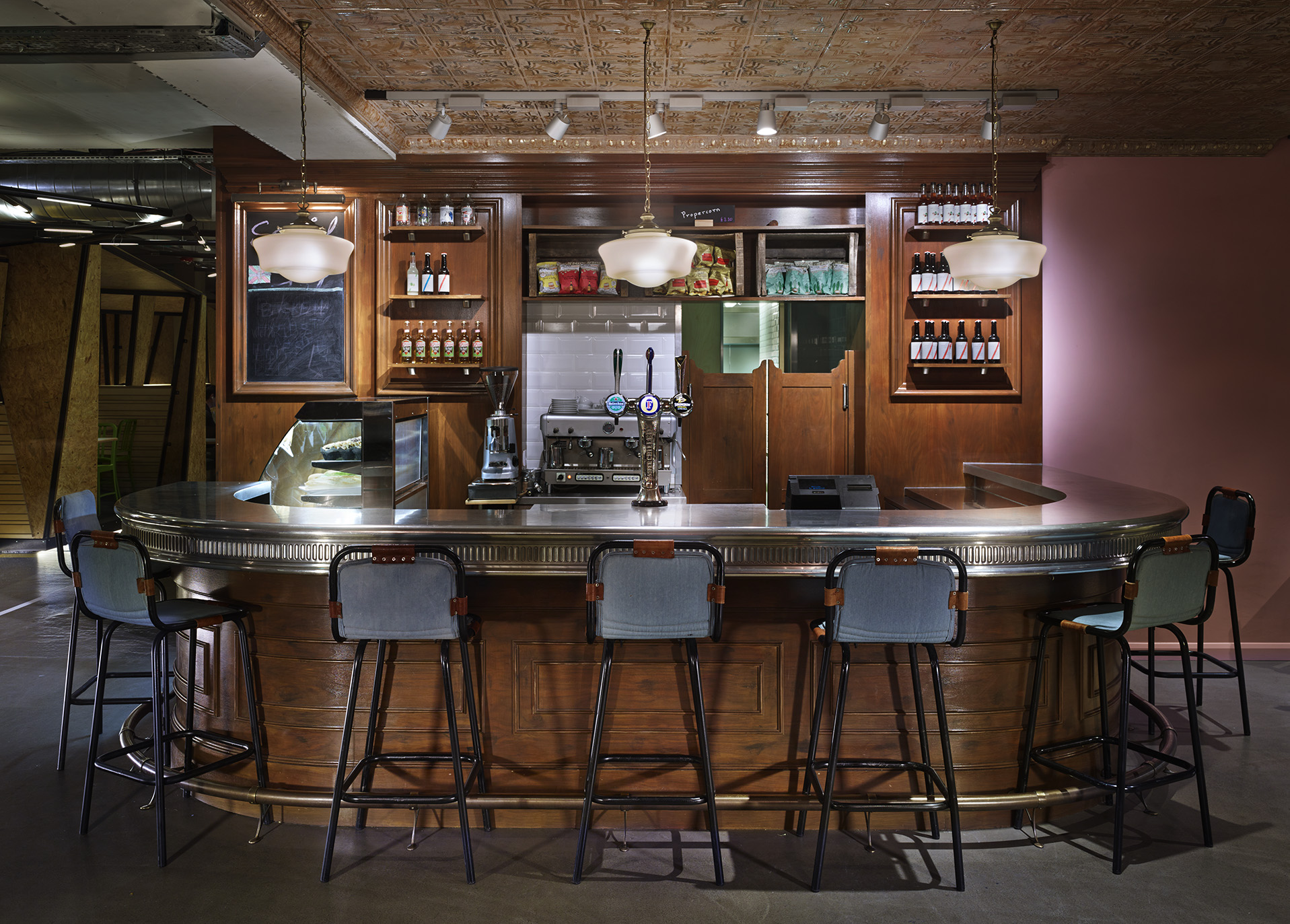 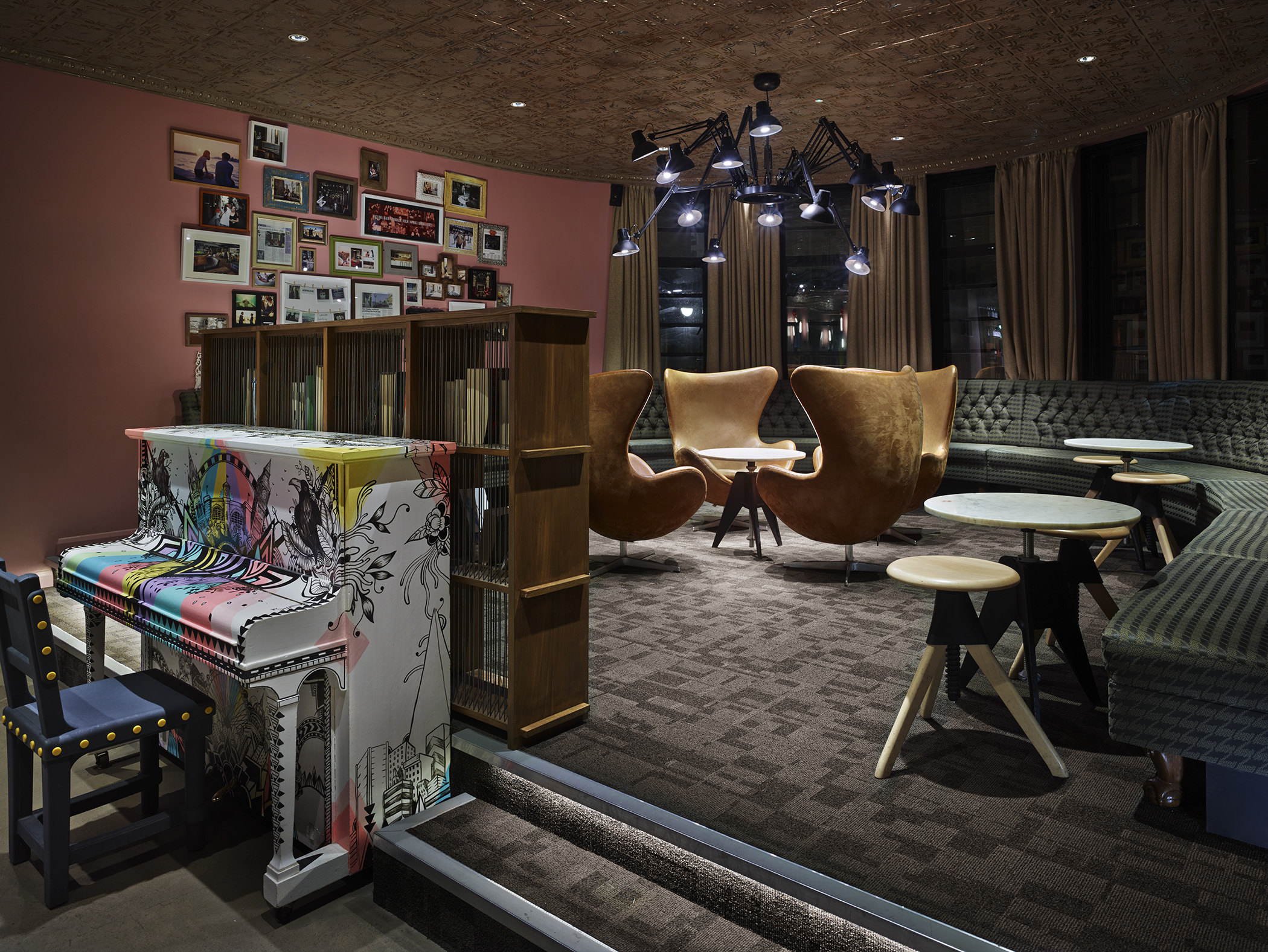 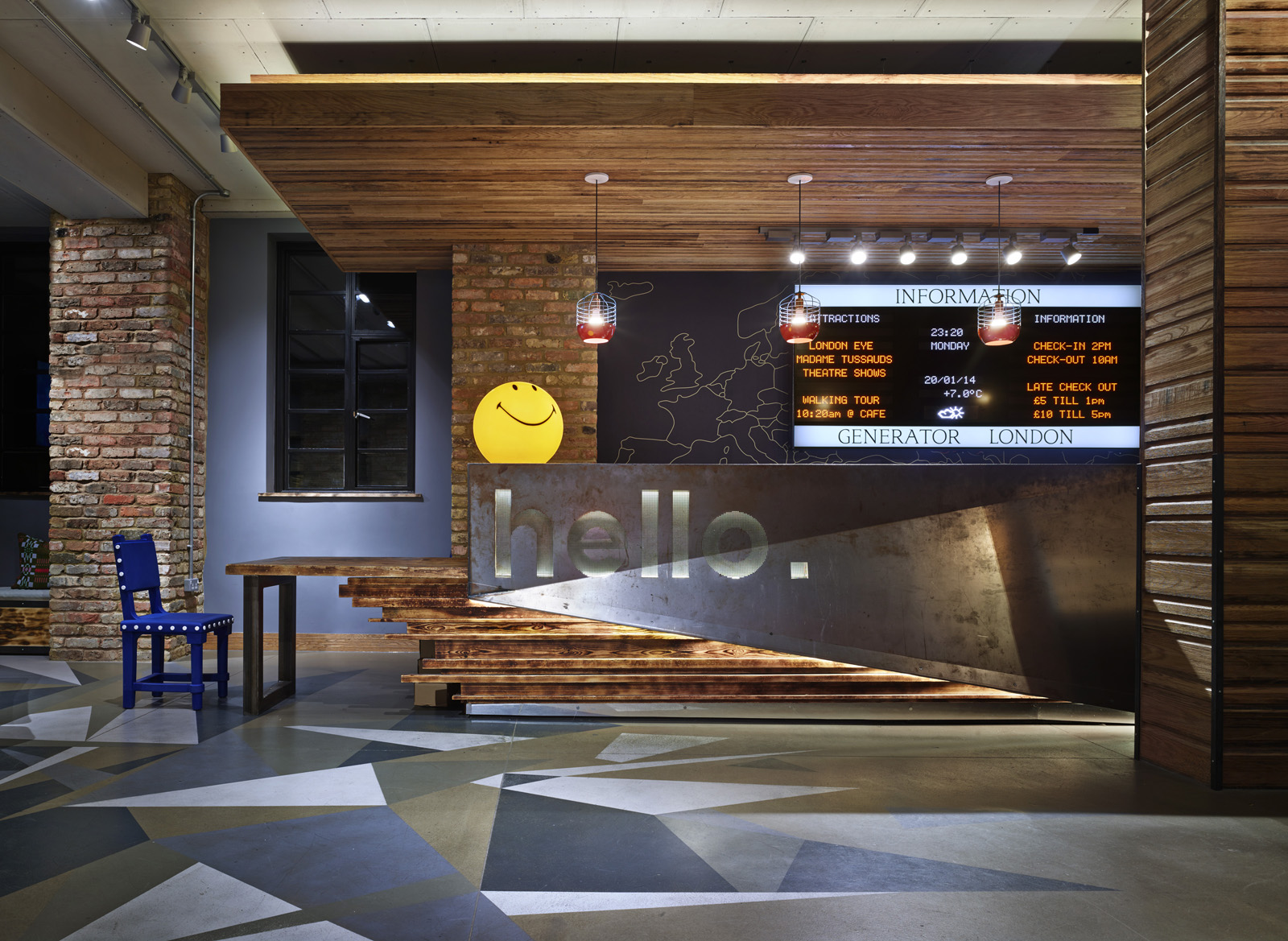 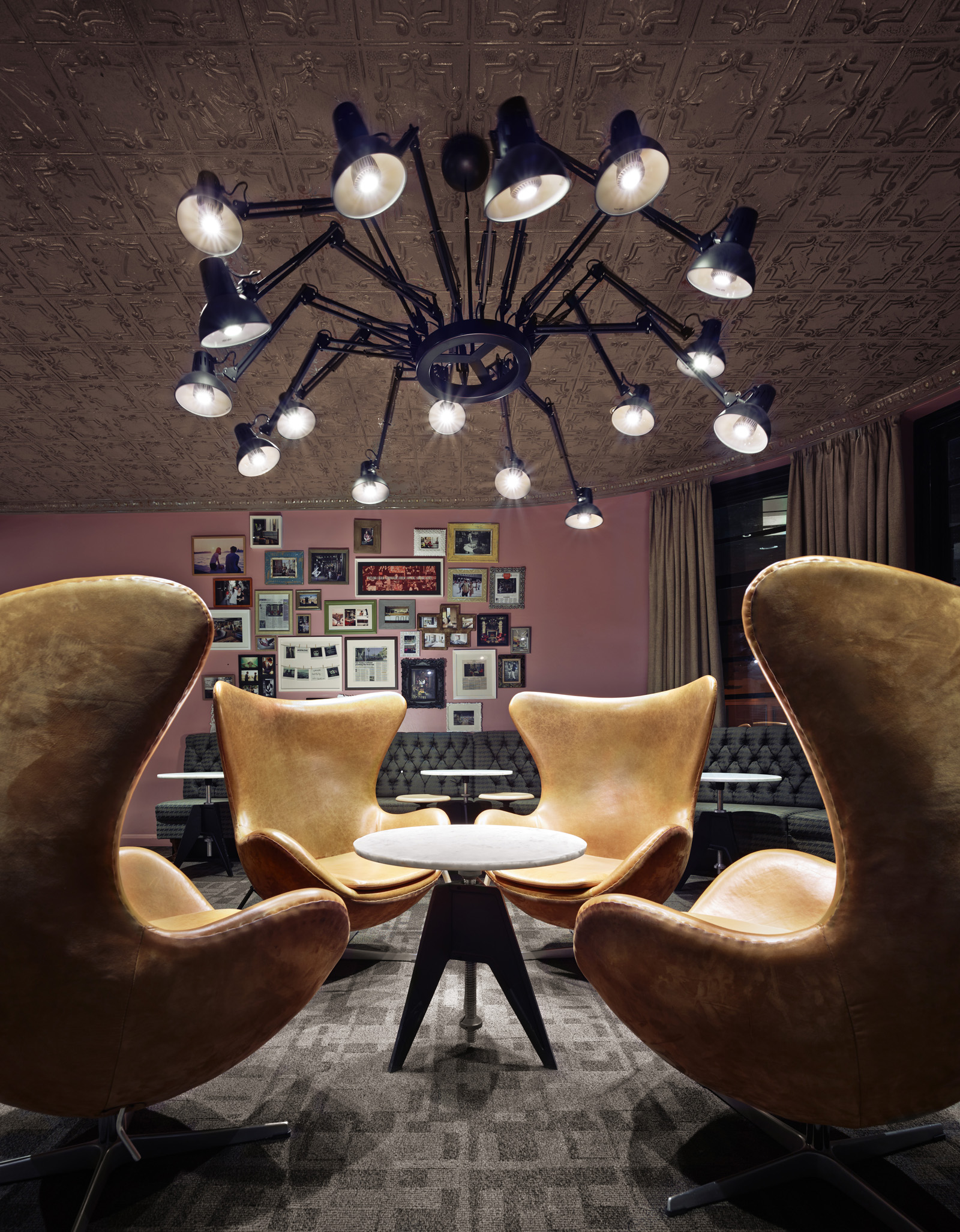 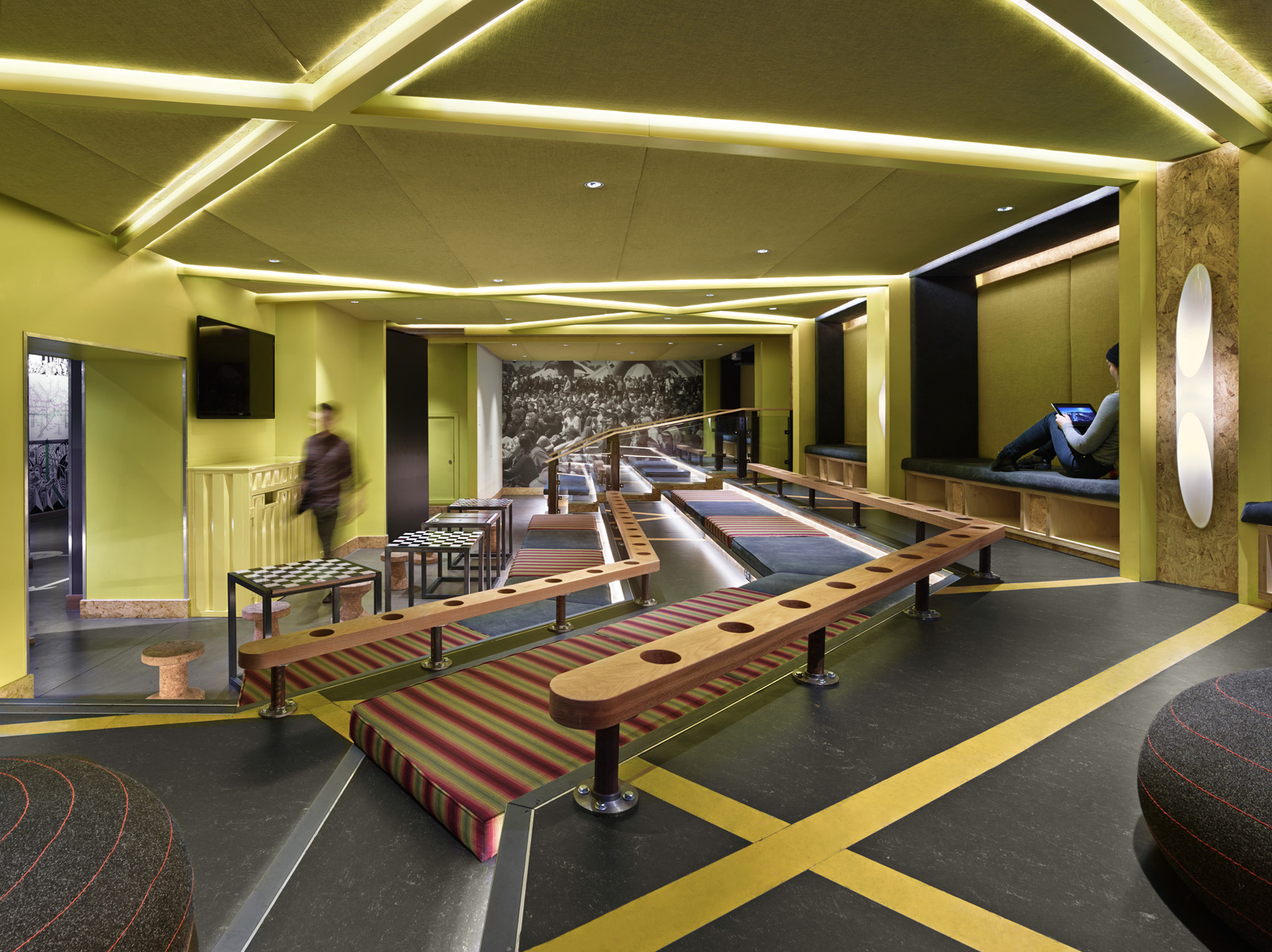 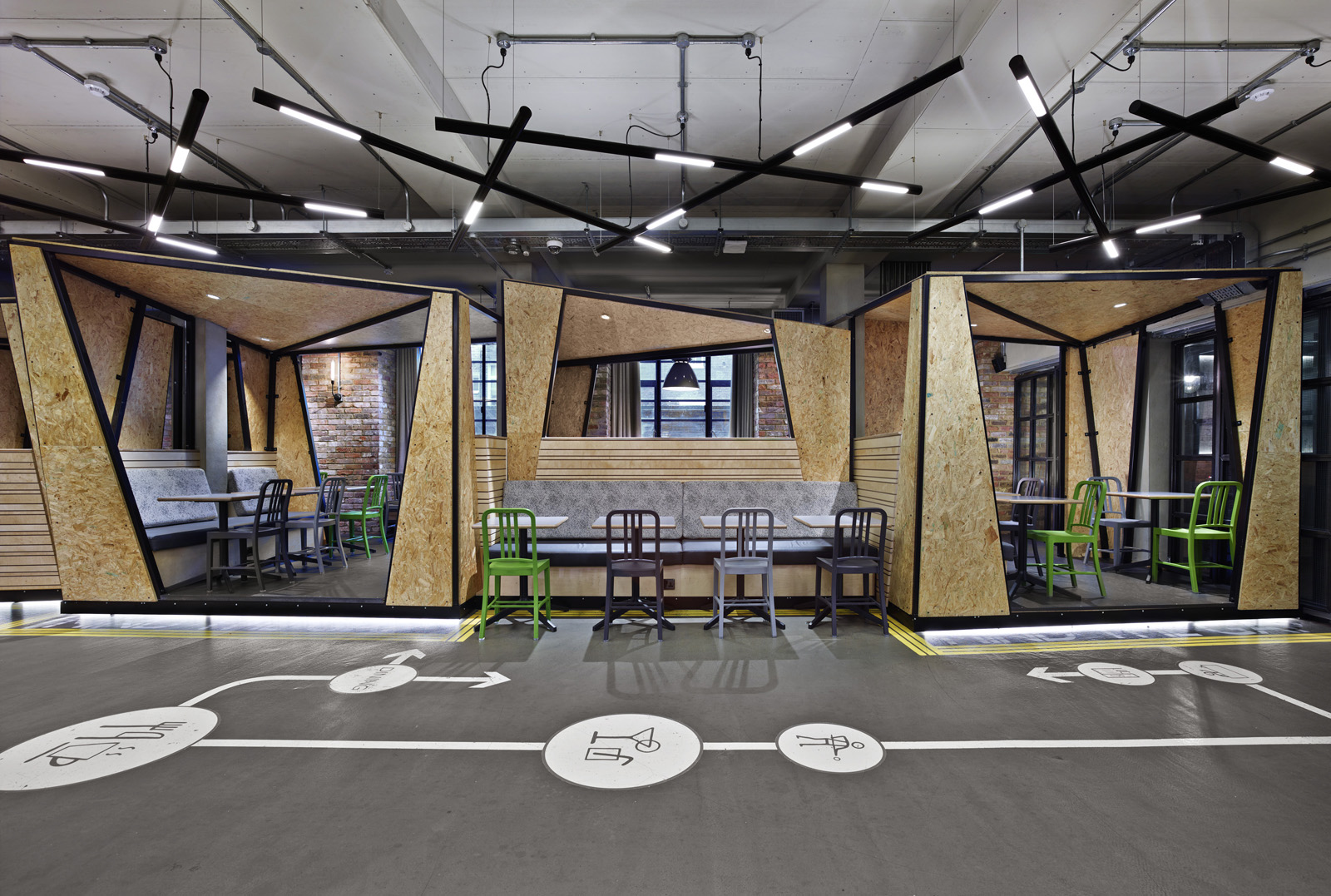 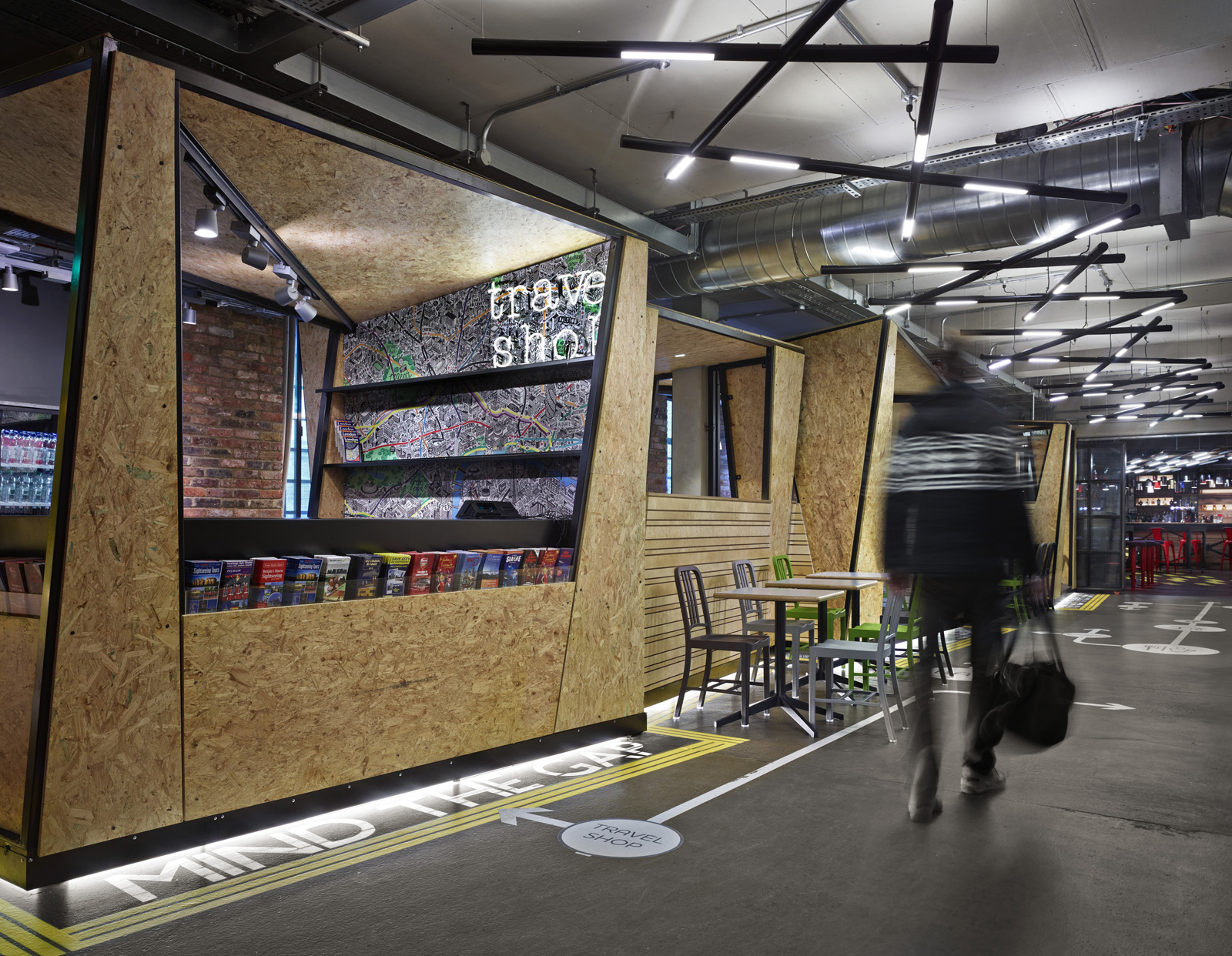